The Catholic Women’s League (CWL) has donated £13,620 to Medaille Trust to be used to help support survivors of modern slavery.

In a comment following the presentation of the cheque Mrs Collins said: “I chose the Medaille Trust for my Project based on Pope Francis’ appeal in 2020 to ‘walk a mile in trafficked shoes’ to raise awareness of the huge problem worldwide. Members were encouraged to organise a sponsored walk in their Sections to raise money for this cause and what better Charity to benefit than the Medaille Trust.”

Medaille Trust CEO Garry Smith said: “The Catholic Women’s League has been a supportive friend to Medaille Trust from the start of our first safe house. We are therefore delighted and very grateful that the National President has chosen to raise funds for us. This sort of initiative raises awareness of modern slavery while at the same time helps to provide financial support so we can help vulnerable men and women seeking refuge. The donation is even more special coming from the CWL which has as its Patron Saint Margaret Clitherow who herself provided refuge to Catholic Priests fleeing persecution. This donation from CWL will help us to provide the vital support needed by survivors of modern slavery to recover and move on with their lives“. 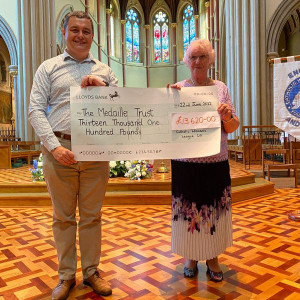 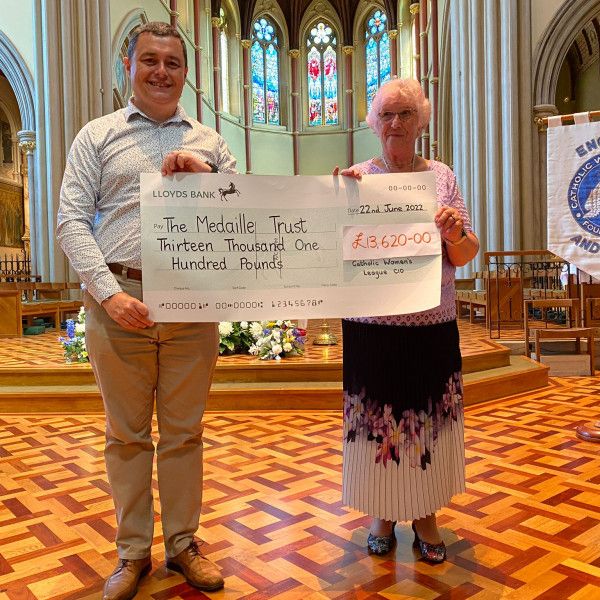