Helping People at Risk of Trafficking in Albania

In June, Garry Smith – Medaille Trust CEO – travelled to Tirana, Albania’s capital city, to take part in the official opening ceremony of the Mary Ward Loreto Advice and Service Centre. The Centre will provide much-needed support to those most at risk of being trafficked in Albania. 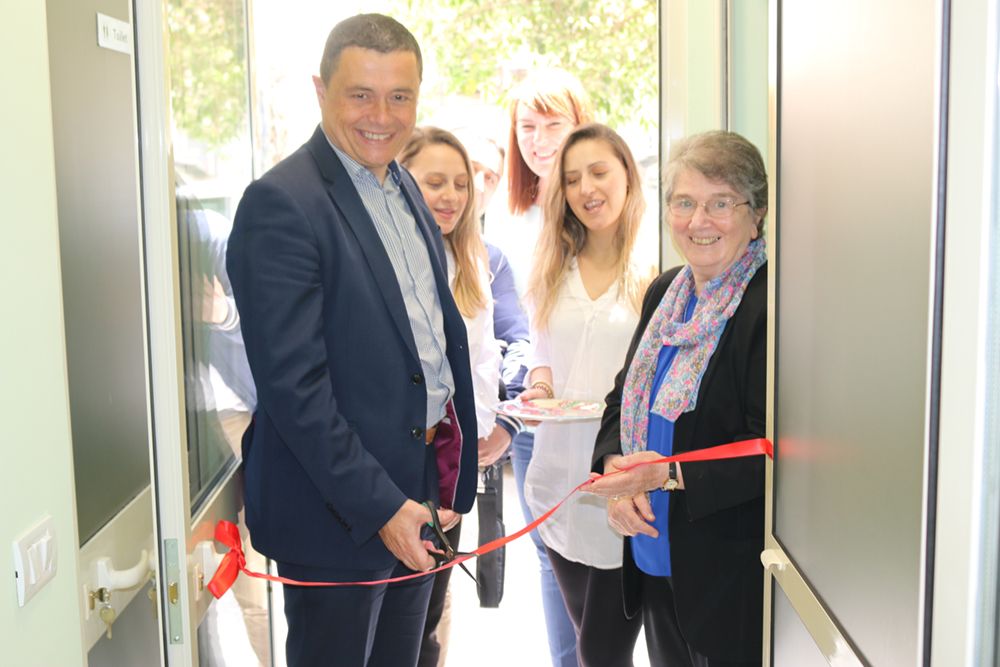 “In the first year we aim to help 100 people who have limited socio-economic opportunities, which makes them at greater risk of trafficking,” said Sister Imelda of Mary Ward Loreto. “This new project will provide holistic support – from advice and referral to adequate service providers, to psychotherapy, emergency support, food packages, healthcare and employment coaching.”

Medaille Trust and Mary Ward Loreto have partnered since 2013, as Medaille Trust has sought to prevent trafficking into the UK from countries of origin. Albania is the UK’s biggest source country for adult victims of modern slavery – making up 947 / 6993 (14%) of all referrals.

“Human trafficking is too big an issue for one organisation to tackle on its own,” explains Garry. “We need to form partnerships with others so that together we are stronger. We have been able to provide some funding, encouragement and advice. In return, we receive first-hand information about the context for Albanian victims, as well as Skype counselling for Albanian victims in our houses from the counsellors in Tirana. This vital preventative work wouldn’t be possible without the generous support of our donors. Not only are we able to help victims in the UK, but now in partnership with Mary Ward Loreto we can prevent people ever getting ensnared by traffickers.”

After the opening ceremony, the two organisations spent time together discussing the next phase of the partnership. “We have exciting plans to work together on some enterprise-led development schemes to strengthen communities so that Albanian people will be less vulnerable to trafficking,” Garry shared.

Next entry: Seeing Justice Done Was Worth Waiting For

Previous entry: The Look Up Project